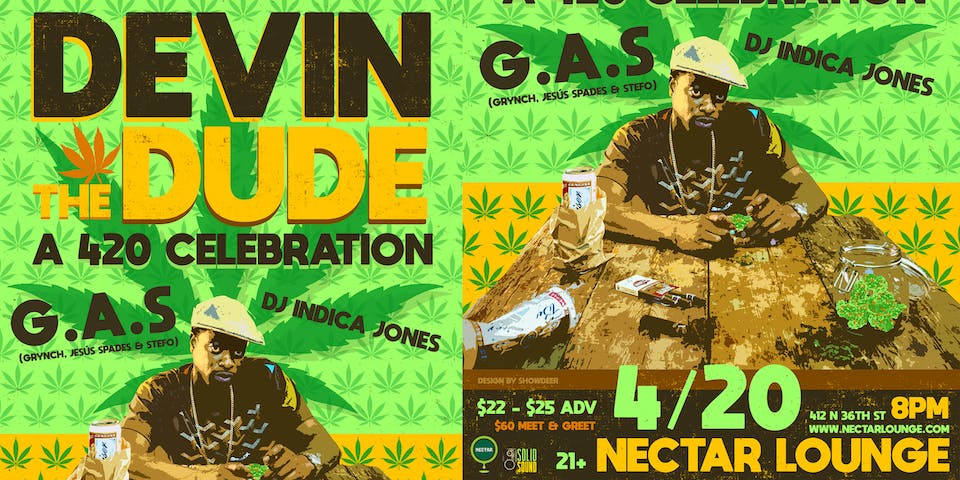 Rescheduled: DEVIN THE DUDE: A 420 celebration

This show has been rescheduled to November 12th, 2021

DEVIN THE DUDE: A 420 celebration

Devin Copeland (born June 4, 1970),better known by his stage name Devin the Dude, is a Houston hip hop artist who started out as a member of the Odd Squad, later known as the Coughee Brothaz, a group of rappers signed to Rap-A-Lot Records.

The label is notable for being the home of hip-hop artists such as Geto Boys, Scarface, and Too Much Trouble. Devin Copeland moved on to become part of Scarface's Facemob, who is also a member of the Coughee Brothaz, before going solo in 1998.

In 2008, he ended his 15 year relationship with Houston based Rap-A-Lot Records after he decided not to renew his contract. Later that year, he signed with indie label Razor & Tie. Devin is currently being distributed by E1 Entertainment, formerly Koch. Despite being a critical success, Devin the Dude has not achieved success in the mainstream but continues to be a well-known underground hip-hop artist. The “New York Times” has called him "A brilliant oddball with a spaced-out flow."

In addition, he has been called "Rap's best-kept secret" and "Your favorite rapper's favorite rapper." In 2007, he appeared in a documentary titled “Screwed In Houston” produced by VBS/Vice Magazine that details the history of the Houston rap scene. 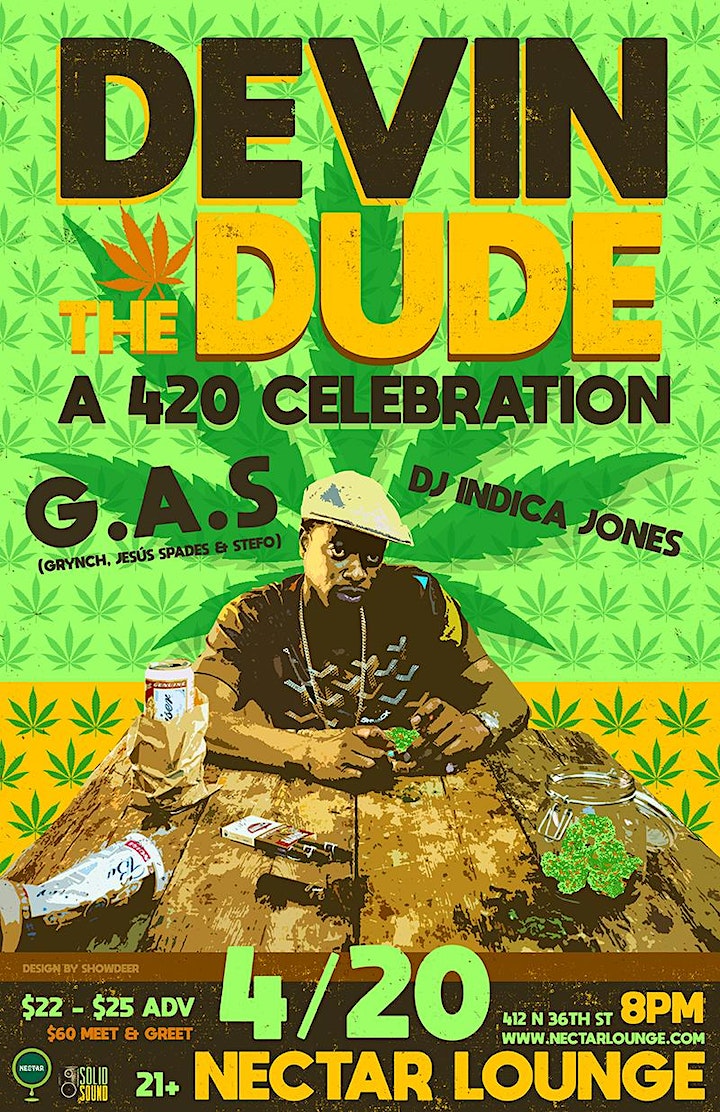